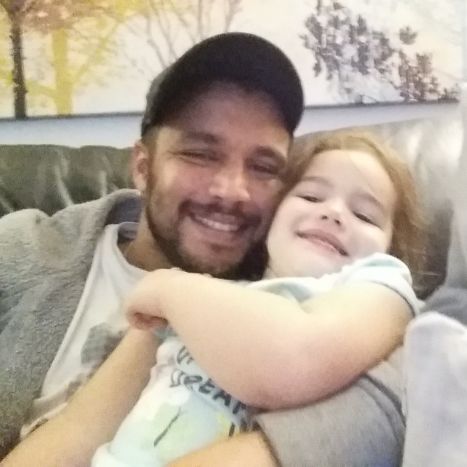 My name is Richard Ross. I was born in Northern Alberta in the City of Fort McMurray and now reside in North Vancouver, British Columbia, with my wife, son and daughter. I’ve spent many years starting and stopping writing projects which I always quit or failed at. By just changing some of my strategies, while working on a project, I was finally able to finish my first novel—The ROMA Seven.

I am new to the whole novel writing thing. It is a very fulfilling thing to create a story. I came up with this story idea in 2012. I stopped writing it that same year and then restarted in February 2015. On August 13, 2015 I wrote the last word in my first draft. It was a great feeling.

I have started a blog to document this journey which is far from over. I’m doing it for myself and also anyone who is interested in seeing this part of my life, that I actually have been pretty secretive about.

I am not sure why I didn’t really tell people I was writing a novel. It’s most likely because in the beginning I was just doing it for myself. But as I got more engrossed in the writing, I decided I’m going to self publish this book. Why not? What do I have to lose.

Through this project, I spent a lot of time researching novel writing, speaking to people with experience, etc. While a lot of the information I have obtained was informative and helpful, I have learnt something that I think is more important than anything else when telling a story…for me anyway. There are no rules that can’t be broken. It’s my piece of work, and I make the rules. There are so many technicalities that other writers will pick apart, but at the end of the day, for me it’s the story that is most important. I have a lot to learn, but my first step was finishing this first piece.

I don’t write in order become the next best thing and make a ton of money…I’m a realist. I write because I enjoy coming up with a story and having it on a bunch of pages for people to read. The greatest satisfaction, is having people who have read my finished product, talk about it as if the words my imagination spewed out on paper, is real. They talk about my characters and their situations as if they are actual circumstances that cause them some sort of emotion. There is nothing that makes me happier.

I just love doing this and don’t plan to stop anytime soon. Please follow me to see where my indefinite writing journey will take me.